Allison Williams and Ricky Van Veen have officially announced their separation after four years of marriage.

We are familiar with Allison Howell Williams the American actress and singer who played the role of the famous character Marnie Michaels on the HBO comedy-drama series Girls and she were also critically acclaimed for her performance in the 2017  American horror film Get Out. 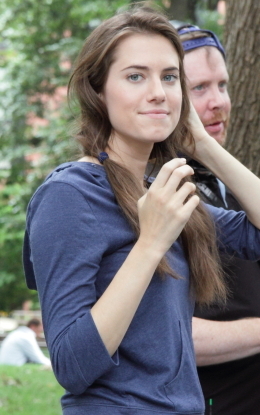 She was married to Ricky Van Veen who we might not know very well. He is an American entrepreneur and co-founder of the popular comedy brand/website CollegeHumor and the video platform Vimeo. Currently, he is the Head of Global Creative Strategy at Facebook. He was also CEO of Notional, a television production company born out of CollegeHumor.

The couple met each other through some mutual friends and dated for more than three years before getting engaged in February 2014, and later tied their knots in September 2015, but unfortunately, now they recently announced their split on Thursday.

They were not seen with each other for a long time; last time they appeared together was at the Oscars in March 2018. The couple did share a $2 million apartment in Chelsea, but now they are living apart.

As a statement collected by PEOPLE the couple jointly has said that- “With mutual love and respect, we have made the decision to separate as a couple,” to which they further added that “We are grateful for the friendship that we have and will continue to have.”

There was no specific reason stated to their separation, but few of their close friends have said that the two of them are very different from each other and maybe that is why they took this step to end their marriage. However, they are determined to stay friends even after the divorce.

Is John Cena a replacement of The Rock in Fast and Furious 9, Here is the actual reason why he is leaving the franchise
After divorce from Pasquale Rotella, Holly Madison & Zak Bagans dating rumor sparks interest