Grown Ups actor Adam Sandler will star in the upcoming basketball-themed movie, Hustle that is being produced by the NBA superstar LeBron James.

We, the Animals director Jeremiah Zagar will direct the movie whereas Taylor Materne and Will Fetters, are writing the script for the film. LeBron Jame’s (also Maverick Carter’s) production company, SpringHill Entertainment, Happy Madison Productions, and Roth/Kirschenbaum Films will serve as the production company for the upcoming film.

The streaming giant Netflix green-lit the new project after extending its partnership with Murder Mystery actor. The actor recently appeared as gambling-addicted Jewish-American jeweler in Netflix’s crime thriller, Uncut Gems. The actor reportedly promised Netflix that he, along with his production company, will dedicate himself to produce more films exclusive to the video-streaming platform.

Adam Sandler’s next feature film collaboration with Netflix is a comedy film, Hubie Halloween with Kevin James, and Julie Bowen. Adam Sandler’s cooperation with the over-the-top media service has been fruitful in recent times. Before bringing box office success in Uncut Gems, Sandler produced and starred in crime-comedy, Murder Mystery, opposite Jennifer Anniston. 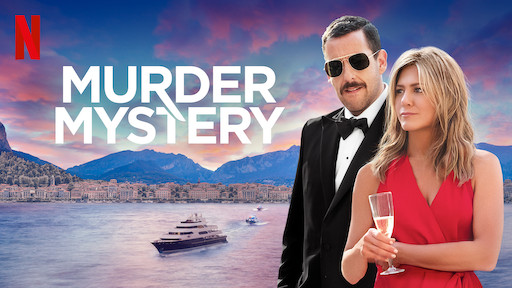 Murder Mystery was a tremendous success for the platform as the movie reportedly attracted 30.9 million households in just the first three days. Netflix reported that Murder Mystery was watched by approximately 73 million households in the first month, making the third most-watched film in Netflix’s history, only behind Michael bay’s 6 Underground, and Chris Harmsworth’s Extraction.

Adam Sandler will portray a basketball scout in the upcoming Hustle, who has been wrongfully fired from the NBA. He later discovers a once-in-a-lifetime player abroad and tries to bring the player in the US and prove everyone they both are worthy of involving in the NBA. The industry has been suspended currently due to the coronavirus pandemic. So, the filming of the movie will possibly begin in late 2020 or early 2021, whenever the industry resumes.

Warner Bros Drafting Plans For ‘Mask 3’ With Jim Carrey? Are we getting previous casts?

Will Rachel Wood come back for Westworld season 4?? Know about the Cast, plot and release date here!!

The Sahar Mustafah book, ‘The Beauty of Your Face’. Is it Worth a Read?? Lets Find Out!!